※You can also view the gallery on your smartphone, but I recommend using a computer because you can move freely in the space and get closer to the artworks. (W/A/S/D or arrow keys to move, mouse to move the viewpoint) 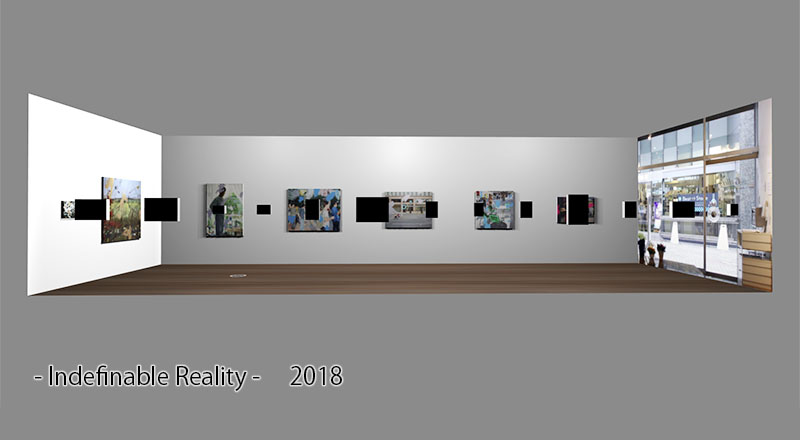 This solo exhibition was held at Gallery Okabe in Ginza, Tokyo in 2018. >>Exhibition Concept

New polarizing metallic and fluorescent pigments were used in this group of works, which evolved from 2016’s “intervention paintings” that overlay “medium” of blue and gray paint on everyday landscapes.
I chose the everyday scenery underneath the “medium” to give the impression of blurring due to light and movement, and by placing the medium on it, I tried to achieve the effect of stopping time and drawing the space into a flat surface. In addition, the polarizing metallic pigments, which change color in various ways depending on the position of the viewer, imply that the relationship between the viewer and the work is not constant, but always shifting.
Since the use of metallic pigments, the “medium” has been smoothed out to create a stronger contrast to the everyday scenes depicted.

※If you are using a smartphone, you can move the viewing position to the ◎ by aligning the small blue circle at the center of the viewpoint to the ◎ on the floor. 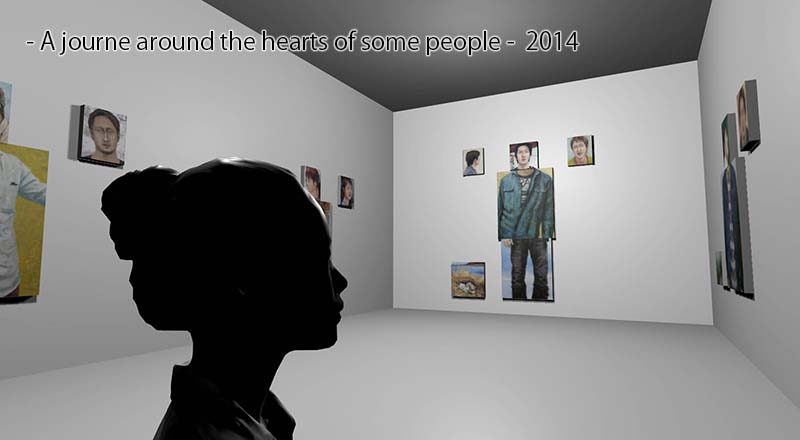 「A journe around the hearts of some people」3D-Gallery Entrance >>

This is a group of works I created in 2013 and 2014 that depict the theme of human distance and size. The exhibition was held at two venues, Hamura in Tokyo and Sapporo in Hokkaido. >>Exhibition Concept

It was around this time that drawing and thinking about drawing began to be closely connected. Through the production, I think I was able to feel the distance between our hearts when we think of others. In everyday life, we don’t often live our lives with an awareness of our relationships, but if we change the way we look at things a little, it may be a chance to build new relationships. (Although now we are in a situation that is not quite normal right now.) Looking back on it seven years later, I think it was a work that took on the challenge of creating it. You can feel the size of the work in the virtual space. 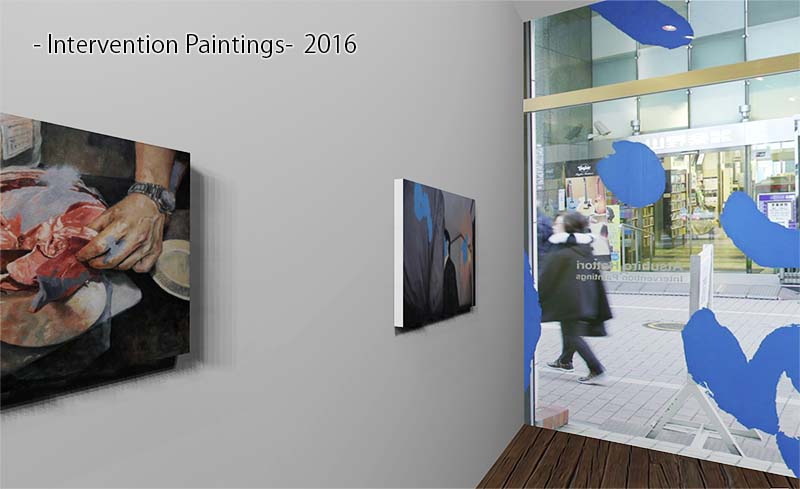 This is a solo exhibition held at Ginza Gallery Okabe in 2016. A group of works in which gray and blue paints are applied to everyday scenes. >>Exhibition Concept

In the previous group of works, “A journe around the hearts of some people,” I showed a work with a large figure painting, painted gray as a motif that appears when you think of that person. As I continued to work on the work, those grayed-out works came to stand on their own. The original motifs are from the perspective of my daily life, but I think I was able to relate to reality by using paint as “medium”.

※If you are using a smartphone, you can move the viewing position to the ◎ by aligning the small blue circle at the center of the viewpoint to the ◎ on the floor. 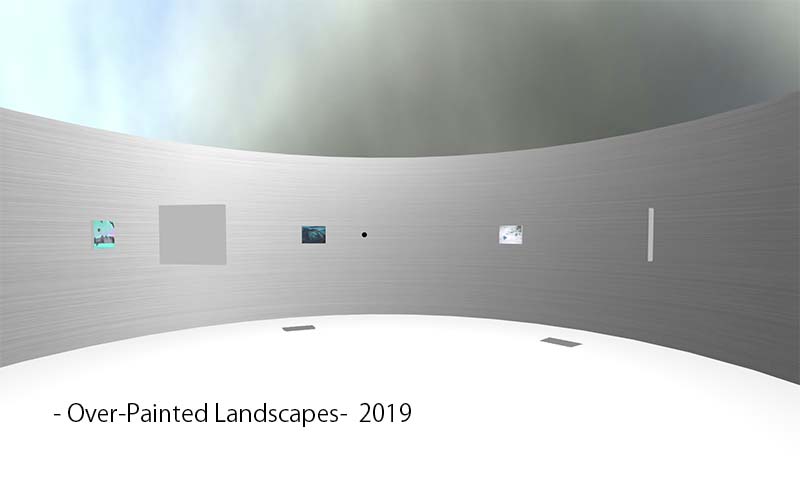 These are the five works that were exhibited in a group exhibition at MEDEL GALLERY SHU in 2019.

As in the previous exhibition, “Indefinable Reality,” polarizing metallic pigments such as gold and blue are applied as “mediums” on the painted everyday landscapes, which play a different role to the landscape. I consciously worked on harmonizing the colors of the painted landscapes with those of the mediums.

※If you are viewing with a smartphone, you can enlarge the work by tapping it. If you are using a computer, please click on it.

Theme by Anders Norén — Up ↑